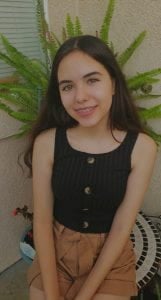 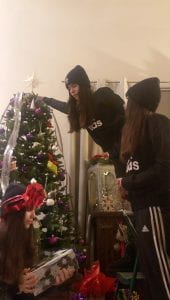 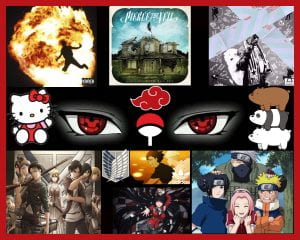 My collage represents me through things that I like and things that make me happy. Now when you first look at it, you might think I’m bipolar because of the album covers from 2 totally different genres. But no, I’m not bipolar lol, I just have good taste in music and I don’t only listen to rap. The first album cover on the top far left was the first album I listed to by 21 Savage and I loved it. My sister has a big impact on the type of music I listen to and this was on of my favorites that she introduced me to. The album in the middle is a rock band called Pierce The Veil. My sister introduced this band to me pretty young and I liked their music a lot even though my mom didn’t approve of it. The last album on the top right is a lil uzi album that happens to be one of my favorites.

In the middle to the far left, I put Hello Kitty. I put Hello Kitty because she was a big part of my childhood and I used to have everything hello kitty even hello kitty themed birthday parties for 3 years in a row. The red eyes in the center are a sharingans. They are from the show Naruto and are only for people of Uchiha decent. I chose them as the center point of my collage because I loveee sharingans and if you’re able to awaken your sharingan you can become very powerful. Next I put the akatsuki cloud that is usually worn on cloaks of atatsuki members in the anime Naruto and I like it so I decided to add it to my collage. Under the akatsuki cloud, I put the Uchiha clan symbol. I put this because the Uchiha clan is one of my favorites even though they’re are basically only 2 Uchiha clan members that aren’t deceased. And on the far right I put the bears from we bare bears because I love that show.

On the bottom right corner, I put a picture of the original team 7 from Naruto that includes Kakashi Sensei, Sasuke Uchiha, Sakura Haruno, and Naruto Uzumaki. I put this because if you can’t already tell by now, Naruto is one of my favorite animes, it’s also the first one I ever watched. To the left of the team 7 picture, on the top I put Akira and Ryo from the anime Devilman Crybaby riding a motorcycle in the sunset. I put this because this was another one of the first few animes that I’ve watched and it’s contributed into who I am today. On the corner of this pic I put the adidas logo because I love the brand adidas and it’s basically the only brand I wear. Next I put a picture of Yumeko Jabami from the anime Kakegurui. Although this anime wasn’t that good, I still liked Yumeko’s character a lot and I wanted to be a part of my collage. On the far left, I put a picture of the scouts from the anime Attack on Titan. This is another one of my favorite animes which is why I decided to include it. Near the top right corner of this picture, I have the scouts patch that the scouts wear on their uniforms. I like the scouts a lot and respect them because of the things they encounter when they’re deployed.